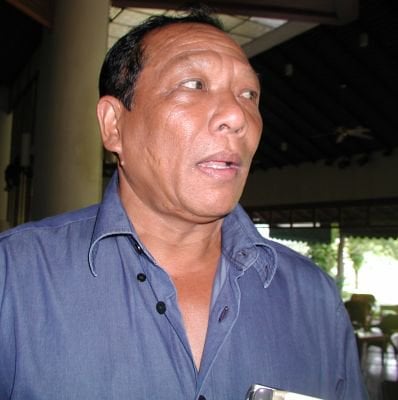 PATONG: Mayor Pian Keesin, in what appears to be, finally, a response to years of complaints by tourists and the tourism industry – has pledged to keep the streets of Patong clean and the roads surfaced, and to improve wastewater treatment.

K. Pian, who was elected mayor for the second time in June – he lost the position in 2001 in a carefully engineered council coup – said that it was obvious that Patong needs to be cleaned up, and that he had made an immediate start on the task, even before his election had been confirmed.

“I don’t want to waste time,” he told a planning meeting at the Club Andaman Resort on Tuesday. “We must continue developing Patong, and the first priority is cleaning up and improving security.

“I will continue the work of the previous administration in improving road surfaces and wastewater treatment.”

K. Pian welcomed the central government’s investment in a new wastewater treatment plant – originally scheduled to come into operation on November 1 but now expected to be functioning by the end of this month.

He said he would continue to press for an additional 75 million baht toward the cost of a further treatment plant.

At the meeting, held to discuss the development of Patong according to the government’s new town planning regulations, consultants and government leaders proposed a 1.8-billion-baht budget to rectify the town’s many infrastructural and environmental woes.

The meeting was attended by Democrat Party MP Chalermlak Kebsup, project team members from Consultants of Technology Co – which is responsible for research and design work – and many local community leaders.

The budget, which would be funded jointly by the Phuket Provincial Administration, the Patong Municipality, the Ministry of Sports and Tourism and the private sector, was broken down into six categories:


Get more from The Thaiger