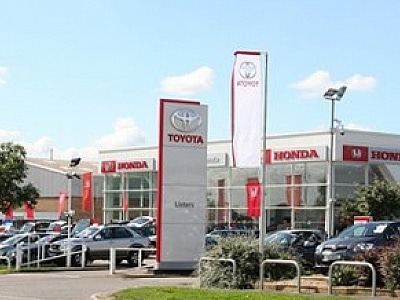 PHUKET: First-time car buyers should wait until rules regarding the much-publicized tax rebate are clarified before signing off on purchases, Phuket’s Excise Office has advised.

Thanongsak Booncluab, Acting Director of the Phuket Excise Office, told the Phuket Gazette yesterday that a senior specialist will be arriving on Phuket on Monday to explain the populist program.

“Ministry of Finance Inspector General Prasit Suebchana, a former director of the Phuket Excise Department, is coming to Phuket on Monday explain the new rules,” he said.

“New car buyers should be patient and wait until the regulations are made clear,” he added.

Mr Thanongsak explained that his office knew of the basic conditions laid out by the Cabinet, but they had yet to be apprised of specific conditions that would need to be adhered to.

He cited the following three primary conditions for eligibility:

1. The buyer must have never owned a car before.

2. The buyer must own the car for one year before receiving a tax refund.

3. The new car cannot be sold for five years from the date of purchase.

“There are so many conditions to be sorted out. For example, what if I bought my first car in cash? Do I have to wait for a year to get the refund? What if I wanted to sell the car after a I have received the refund?

“And what if my house registration was in Phang Nga but I bought a car in Phuket? Who is going to refund the tax?” Mr Thanongsak pointed out.

“There are so many conditions that the Cabinet must clarify first,” he added.

One of the critical hurdles is the ability to prove whether or not the buyer is genuinely buying his or her very first car.

To this, Phuket Provincial Land Transport Chief Teerayut Prasertpol said, “We have yet received any order from the government [in Bangkok] about how to verify whether or not the car being bought is the buyer’s very first.”

In a late development, after a meeting with the Excise Department yesterday Chalit Silpsrikul, vice president of the Hire Purchase Business Association, said lenders would be allowed to deal with defaults that come about under the scheme.

Previously, the ministry had determined that participants in the program would have to keep their vehicles for five years. That condition would have made it difficult for lenders to do anything about a vehicle that became a non-performing asset.

“After the measure was announced, a lot of people came to see us. This measure will boost the car market in the last three months of the year, and into next year – especially economy cars not over 1,500cc that are made in Thailand,” he said.

“I think the policy has the potential to boost sales by as much as 10 per cent for the period, especially among the market segment of new graduates entering the workforce,” Mr Montawee added.

However, he also called for the Cabinet to clarify the eligibility conditions.

The Excise Department has posted a list of car models with the possible amount of tax rebate on their purchase at www.excise.go.th.