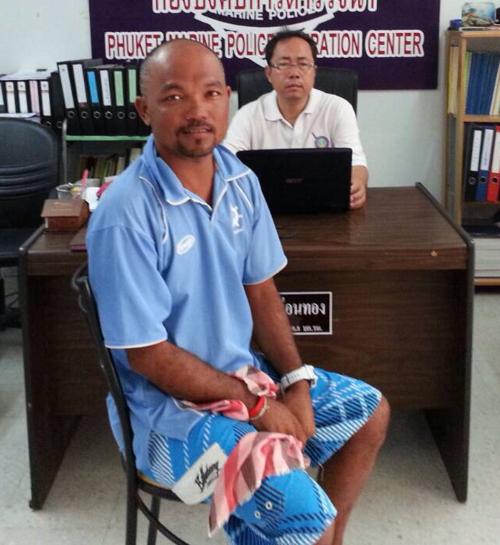 Witnesses from both boats told police that as the speedboat Nontasak, carrying 31 Chinese tourists, approached the beach at Koh Khai Nok, it was struck by another boat, Sasiyanon.

The five people injured in the accident were all taken to Phuket’s Mission Hospital, said Panya Chaichana of the Phuket Marine Poloice.

“The most seriously injured, Zun Jiuxing, 42, suffered broken ribs and had to be operated on. He remains in hospital. The others have all now been discharged following treatment for minor injuries,” said Lt Col Panya.

Leading candidate as Phuket’s new top cop “open to all’