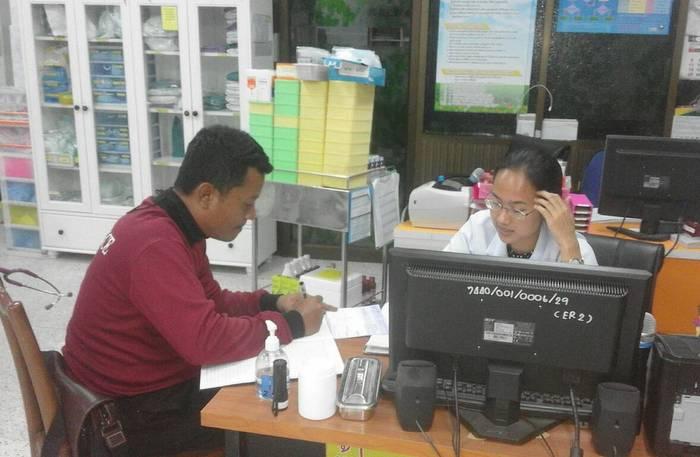 Zhang Lin, 23, was found floating unresponsive at a depth of about 11.9 meters by divers from another dive company.

The divers pulled Ms Zhang onto their boat to perform cardiopulmonary resuscitation (CPR) and administer oxygen while staff contacted the dive boat that Ms Zhang was with.

“Staff from Similan Seven Sea Co’s Peter Pan didn’t seem to know that the woman was even missing,” said a Khao Lak Scuba Adventures staff member, who asked not to be named. “As far as we know, Ms Zhang became separated from her friend when they went out diving without a dive master.”

It is unclear where Ms Zhang’s diving buddy was at the time of the incident. However, diving standards require certified recreational divers to always dive in teams in case of an emergency.

“After analyzing her dive watch, it seems that Ms Zhang had been struggling in shallow water for quite a long time before sinking down to the depth where she was found,” the staff member said. “Her tank showed a remaining pressure of about 15 bars, an indication that she may have been panicking and breathing deeply before she passed out.”

Ms Zhang was transported to Tai Muang Chaipat Hospital where she was pronounced dead on arrival by doctors.

Police contacted Similan Seven Sea Co Ltd owner Tongkan Worapanya in order to question him about the incident and check on the company’s documentation.

As of Saturday morning, attempts made by the Phuket Gazette to contact Mr Tongkan for comment were unsuccessful.

“We are now trying our best to investigate what happened,” Col Jakkree said. “We do know that Ms Zhang signed a waiver with the company stating that she had no underlying health issues.” Col Jakkree added.

Doctors have yet to verify a cause of death.