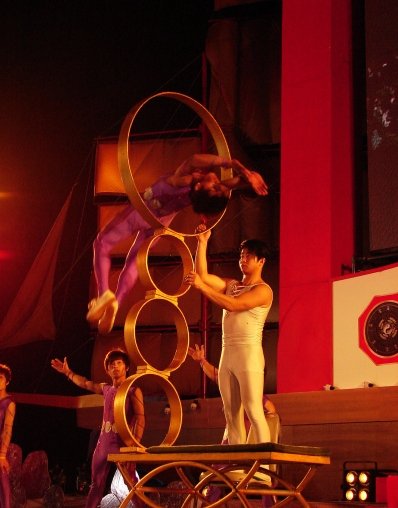 PHUKET: The Phuket Provincial Administration Organization (OrBorJor) has organized a Chinese New Year celebration tonight at Sanam Chai to see in the Year of the Dragon.

A special appearance at this free event will be the stunning “new style” acrobatic show from China’s Henan province starting at 7:35pm, followed by a fireworks display at 8:35pm

Also known as “Spring Festival,” the Chinese New Year is the longest and most important festival in the Chinese calendar.

Following tradition, families thoroughly cleaned their houses to sweep out any bad luck and make way for the good. Windows and doors were decorated with red paper decorations bearing messages of “wealth”, “good fortune”, “happiness” and “long life”.

This was certainly the case at the house of Phuket Chamber of Commerce Vice President Jirawit Pitikulsathit, where family members held a special ceremony on Sunday in order to pay their respects to their ancestors.

As is traditional on Chinese New Year Eve, the evening meal was shared at home with family, the fare usually including special dishes of pork, duck, chicken as well as seasonal sweets.

Important items visible throughout Phuket in recent days have been lanterns hung from door frames. This brightens the atmosphere and is thought to bring good luck in the new year.

Popular spots to see the festive decorations are the Chinese shrines in Phuket Town.

Many ethnic Chinese Thais and tourists have already gone to pay their respects to the gods and ask for good fortune for themselves and their families.

Early this morning, children greet their parents, wishing them a healthy and happy new year while hoping to receive money in red paper envelopes known as ang pao.

The early morning ceremony is for Chinese gods, while late morning ceremonies are for ancestor worship. Important offerings for one’s ancestors often include gold leaf and silver paper.