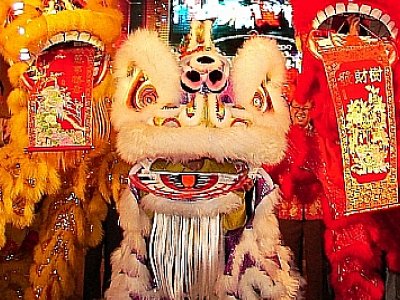 PHUKET: The Tourism Authority of Thailand (TAT) Phuket office expects Phuket to rake in up to 900 million baht during the upcoming Chinese New Year festivities.

The annual event, this year welcoming in the Year of the Dragon, is to be celebrated in Phuket from January 23-25.

Most of the visitors are expected to arrive from mainland China.

Bookings have been flooding in, with occupancy rates for many hotels across Phuket already reaching above 90 per cent, said Ms Bangonrat.

“In total, the TAT expects visitors to spend about 11 billion baht during the Chinese New Year all over Thailand,” she added.

“We have dedicated trucks and cleanup crews to drive along the streets and pick up any unwanted items between the hours of 1pm and 8pm. So we are asking all Phuket Town residents to place their unwanted items in front of their houses by 1pm,” said Phuket Town Mayor Somjai Suwansupapana said.

The free collection service will continue until January 21, she added.

Phuket Town has long been home to many ethnic Chinese. Often called Peranakan or “Straits Chinese”, in Phuket the mix of ethnic Chinese with local indigenous people have also become known as “Baba-Nyonya”.

Click here to read Phuket Gazette columnist Anand Singh’s historical look at Phuket’s Baba-Nyonya and how they became part of the social and cultural fabric of Phuket.