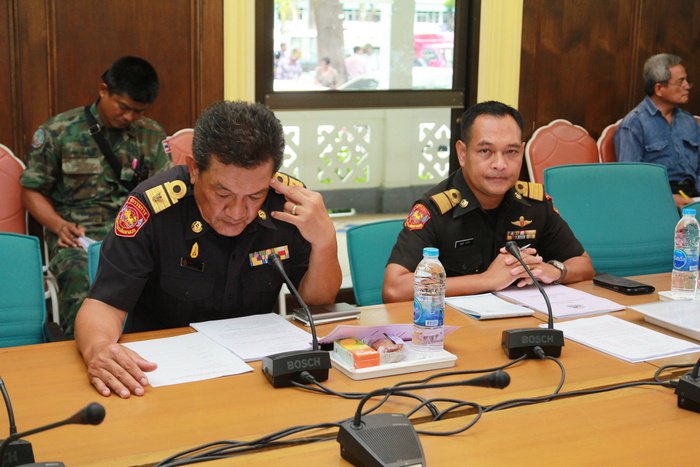 PHUKET: The Phuket Land Transport Office (PLTO) is organizing a tuk-tuk service in Phuket Town that will provide affordable transport for locals and tourists alike within the city limits.

The news follows multiple complaints filed at Provincial Hall, the latest made on May 8, by a group of illegal tuk-tuk drivers who have been trying to obtain legal taxi status and yellow license plates for their vehicles.

“This group of tuk-tuk drivers has been complaining for a long time. This is not a new issue,” Jaturong Kaewkasi, chief policy adviser of the PLTO, told the Phuket Gazette yesterday.

“They went to Provincial Hall on Monday to follow up on their complaint from May 8. That is when we confirmed that they would in fact be able to register as legal tuk-tuks.”

This specific group of tuk-tuk drivers – 87 in total – will be allowed to register to become legal operators within Phuket Town city limits.

“We are now preparing the necessary documents and expect to open registration on June 1. These 87 drivers will have six months to register to become legal,” PLTO Chief Teerayut Prasertpol said yesterday.

“However, they will only be permitted to operate within the Phuket city limits, and they will not be allowed to sell their legal yellow license plates to anyone else.”

The PLTO is requiring the operators to paint the roofs of their tuk-tuks yellow under the conditions of the new service, so that officers will know if they are working outside of their authorized area.

“The price of rides in Phuket Town will be from 20-40 baht per person per trip,” explained Mr Teerayut, adding that the prices would be reviewed after the service is launched to determine whether or not they meet the needs of all parties involved.

Mr Teerayut noted that many other popular tourist towns in Thailand run similar services in their main downtown areas.

“Many other provinces, such as Chiang Mai and Songkhla, have tuk-tuk services offering desirable prices inside the cities. It is very convenient for everyone,” he explained. “Phuket Town has never had a service like this, which is why we want to offer it.”

“This is a great alternative for people in Phuket Town,” he said. “I urge all drivers to adhere to the conditions of this new service. They must also dress and present themselves properly so that we can build up Phuket’s reputation.”