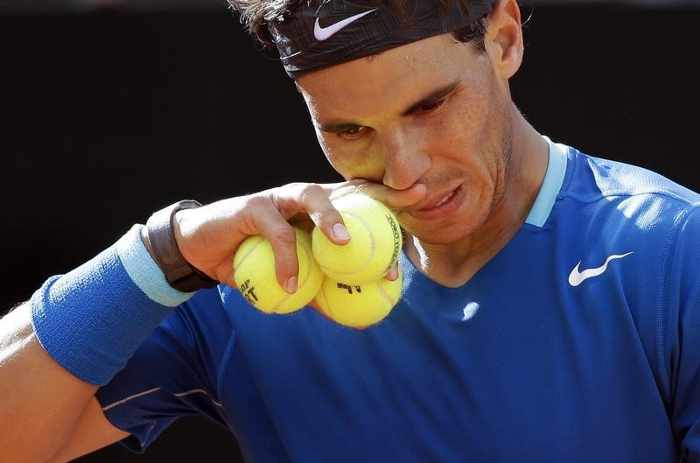 PHUKET: Champion Rafa Nadal has pulled out of the U.S. Open, which began on Monday, after failing to recover from a right wrist injury.

The 28-year-old Spaniard sustained the injury in practice last month and had been training with a cast on his right wrist, forcing him to miss the Rogers Cup in Toronto and last week’s Cincinnati Open.

“I am very sorry to announce I won’t be able to play at this year’s U.S. Open,” the world number two said on Facebook on Monday.

“I am sure you understand that it is a very tough moment for me since it is a tournament I love and where I have great memories from fans, the night matches, so many things.

“Not much more I can do right now other than accept the situation and, as always in my case, work hard in order to be able to compete at the highest level once I am back.”

Despite missing the entire North American hardcourt campaign, Nadal had hoped to compete in New York, previously posting a picture of himself working on court with his uncle and coach Toni with a black wrist support clearly visible.

The left-hander, who plays with a double-handed backhand, won his ninth French Open title in June but has not played since losing in the fourth round to Australian Nick Kyrgios at Wimbledon on July 2.

It is another worrying setback for Nadal who has had to battle back from lengthy injury layoffs several times in his brilliant career.

After being sidelined for seven months with a knee problem, he returned in February 2013 to win 10 titles including grand slams in Paris and New York.

Injuries also caused Nadal to miss the defence of his Wimbledon title in 2009 and his Olympic crown in 2012.

The winner of 64 career singles titles, he has claimed four trophies this year and has set no time frame for a return to competition.

Officials confident 700 rai of Phuket park land to be returned