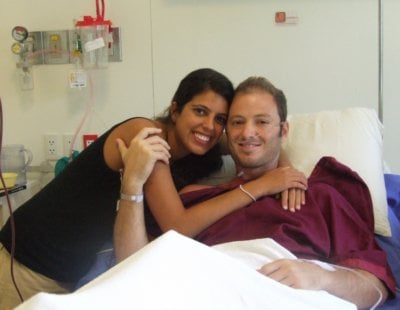 PHUKET: The ill-fated tour boat that capsized and sank in stormy seas off the Phi Phi Islands yesterday was not overloaded at the time of the disaster, Krabi Marine Office Chief Suriya Kittimonthon told the Gazette today.

The 17.4-meter vessel was not overcrowded and a vessel of that size would normally be rated for about 60 passengers, he said.

However, documents held by the boat’s current owner, Suriyan Sroyson, list it with an operational passenger capacity of only 11 passengers, possibly for tax or business purposes, K. Suriya said.

Although K. Suriyan bought and paid for the boat from Jarunee Chotithammathorn earlier this year, there was no record of the transaction with the Marine Office, K. Suriya added.

K. Suriyan was escorted to Krabi Police Station yesterday, though it has yet to be confirmed whether he has been arrested or charged with a crime.

During the capsizing, Israeli tourist Nissim Lugasi, 26, drowned when he became trapped under the boat, and fellow Israeli tourist Adam Berdichevsky had his left foot mangled by the boat’s propeller.

Mr Berdichevsky is recovering at Bangkok Hospital Phuket, but doctors there say it is too early to be sure whether the foot can be saved or will require amputation.

Clarifying other details about the incident, K. Suriya confirmed that the name of the vessel was Dream Catcher, not Jor Kingfisher, as was widely reported.

The Phuket-registered vessel was formerly called Jor Kingfisher but its name was changed after K. Suriyan bought the boat, he explained.

Also, the boat was not on a trip from Phuket when it sank, he said. Rather, it was carrying 55 passengers and four crew on a day trip from Phi Phi Don Island to Maya Beach, most likely on a snorkeling trip, he added.

There were enough life jackets on board for all passengers, though some did not have time to put them on, K. Suriya said.

Marine Police divers have located the sunken vessel, now lying at a depth of about 30 meters. The depth will make salvage attempts difficult, but will not pose any danger to passing boats, he added.

At Bangkok Hospital Phuket, Mr Berdichevsky is in stable condition. However, his left leg and foot are being carefully monitored after a six-hour operation to repair bone and muscle tissue, and restore blood supply.

Assistant Hospital Director Dr Sompoch Nipakanont said, “We are trying our best to save the patient’s left foot, but we might have to amputate it because the injuries are severe.”

That the patient can still move the foot and that the tissue is still pink are cause for optimism, Dr Sompoch said. However, he added, “It is critical to prevent infection over the next 48 hours.”

Mr Berdichevsky was joined this morning by his girlfriend Hila Neemany, also Israeli, and shortly after his operation yesterday he was visited by a representative from the Israeli Embassy in Bangkok.

His parents were expected to arrive in Phuket this evening.

Mr Berdichevsky’s treatment at the private hospital will be covered by his Israeli health insurance, hospital officials said.