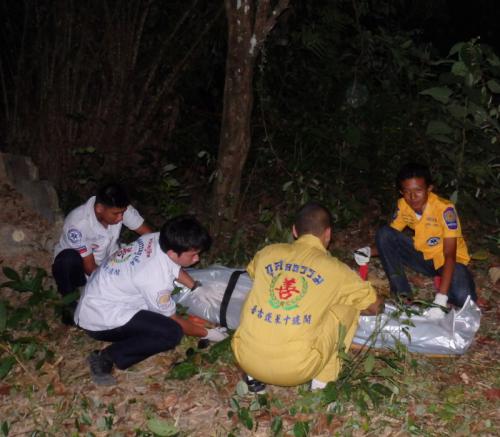 PHUKET: A Cambodian man who was found hanging by the neck in a fruit garden on Tuesday night may have killed himself to escape pain, a co-worker said.

Diam Korn, 19, had complained of serious stomach pain for about a week, said Jan Gree.

“We bought medicine for him and advised him to go to the doctor, but he wouldn’t go. He kept suffering and telling people how much it hurt,” Mr Jan said.

“That pain is the only reason I think he would want to end his life.”

“He left the house without saying anything. After searching for him for hours we finally found his body about 100 meters from the house,” Mr Jan said.

Police and Kusoldharm Foundation rescue workers called at 11:45pm found Mr Jan waiting near the body in a fruit orchard behind the Bor Pla Hua Charng restaurant on the road to Baan Don in Srisoonthorn.

“We are waiting for results from Thalang Hospital to confirm the cause of death,” said Capt Narong Muangdoung of the Thalang Police.