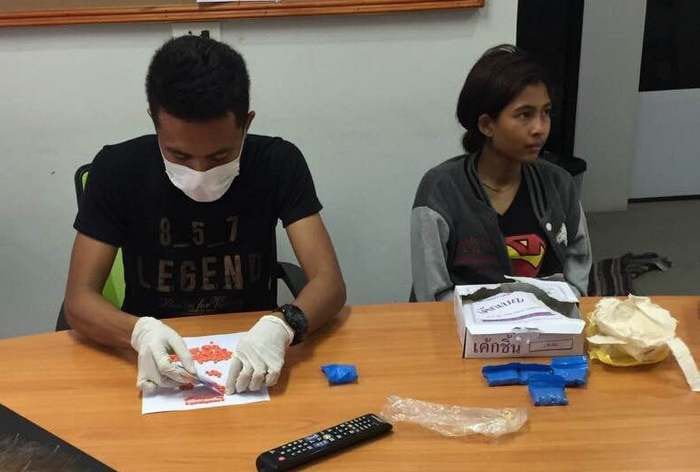 PHUKET: A Trang drug runner was arrested at a Phuket bus stop in possession of about 1 million baht worth of methamphetamine stuffed into a cake box last week.

Aorrathai Iadwong, 20, confessed to police that she had been paid to bring the drugs to Phuket by a drug dealer in Trang, whose name she has claimed not to know.

“We were able to catch her because we received a tip-off about the shipment coming up on the Trang-Phuket bus with a young woman,” said Phuket Provincial Police Deputy Superintendent Prawit Engchua.

Police moved in to make the arrest after she disembarked at a bus stop in Mai Khao.

Ms Aorrathai was charged with possession of a Category 1 drug with intent to sell.

She was taken to the National Command Center for Combating Drugs (NCCD) at the Phuket Provincial Police Station in Phuket Town for further questioning, confirmed Col Prawit.