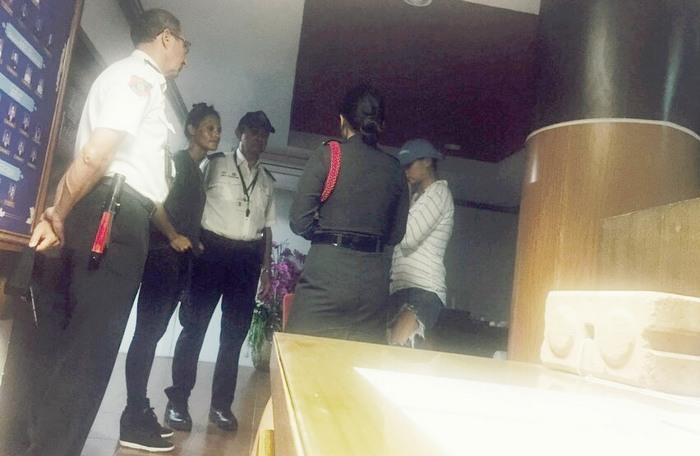 PHUKET: Police fined an American and Austrian* tourist for public nudity after a video surfaced of the pair sitting on the window sills of a slow-rolling SUV, exposing their bare breasts to those on the streets of Patong on January 2.

“We were made aware of the video at about 2pm yesterday,” said Lt Col Sutthichai Thianpho of the Patong Police. “It didn’t take long to track down the suspects as we had the licence plate number of the vehicle.”

American national Adrianna Martin, 20, and Austrian national Camille Prymann, 25, were apprehended last night after police traced the SUV to Malee Villa in Rawai, where they were informed that the vehicle was reserved for guests’ use.

The pair were brought to the Patong Police Station where officials informed them of the charge of indecent public exposure.

“We explained to them why such behavior was inappropriate and charged them for public nudity. They both said they understood and each paid the 500-baht fine.”

* The Gazette originally reported that Camille Prymann was an Australian national.

Tourist help center locations yet to be decided

More than 20 Phuket bus drivers arrested for drug use