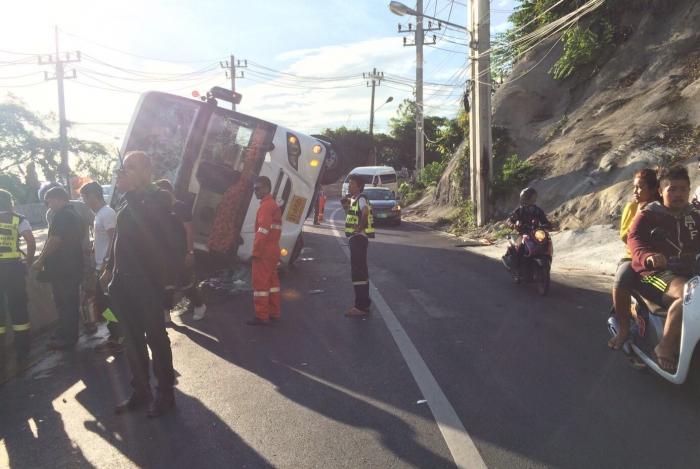 PHUKET: A bus carrying Indian tourists crashed against a concrete divider in the hills of Kata this morning, toppling to one side and taking down a street light with it.

Lt Col Sakkarin Sangchareon of Chalong Police received the report at about 8:10am.

“The bus was heading from Kata to Chalong. One tour guide and 16 Indian tourists were injured and sent to Vachira Phuket Hospital. The tour company is ‘travelbullz’, which has offices in India, Thailand and Hong Kong.

“The driver, named Jiroj Noochaikeaw, tested negative on the breathalyzer. He told us that on their way downhill on a bend he attempted to change lanes to avoid a vehicle in front of the bus and lost control,” Col Sakkarin told the Phuket Gazette.

Video: Foreign boat hunted for anchoring on coral off Phuket