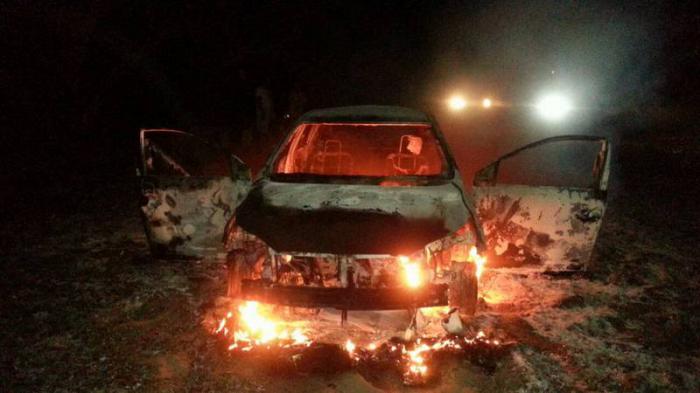 PHUKET: A man trying to free his girlfriend’s new car from the sand of a Phuket beach yesterday sent it up in flames instead.

“My boyfriend tried for 30 minutes to drive out of the sand, but it wasn’t working, so we kept increasing our speed. Then the engine suddenly caught fire,” said Nutcharee Madkatep, 37. “I only bought the car 15 days ago.”

Police believe the fire was started from the heat of the wheels spinning on the exceptionally dry grass near Nai Yang Beach.

“The fire spread from the grass to the tyre, then to the engine,” said Sarit Butnongsang of the Tah Chat Chai Police.

Villagers notified Kusoldharm rescue workers of the fire at about 6:30pm.

“We rushed to the scene and found the car burning near the officers’ houses in Sirinart National Park,” said Natthawut Plukmaidee, a rescue worker.

“We contacted Phuket International Airport officers for help, as they were the closest to the scene. The airport’s fire truck arrived at 7pm.”

It took firefighters 15 minutes to subdue the flames.

Tah Chat Chai Police officers arrived at the scene at 7:30pm after the fire was under control.

No government property was damaged by the fire, confirmed Col Sarit.

Urgent call for blood to save Phuket teacher