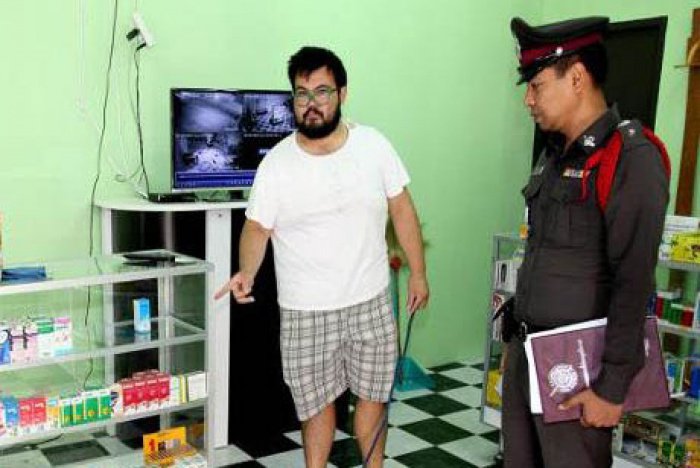 PHUKET: Police are hunting a person who stole about 20 bottles of children’s allergy medicine from a pharmacy in Phuket Town on Saturday night.

“The store, Vasin Pharmacy, had been broken into the night before, but the only thing missing was the allergy medicine. No other drugs or valuables had been taken,” said Capt Weerachart Seera of the Phuket City Police.

CCTV footage shows a man about 25-30 years old and 170-175cm tall breaking into the store at about 11:58pm. The man went directly to the counter where the medicine was stored.

“He used tissue paper to grab the drugs, in order to avoid leaving behind any fingerprints,” said Capt Weerachart. “We believe that the man might be out of a job and stealing the medicine for his kids or he is an illegal migrant worker, who is unable to bring his children to hospital,” Capt Weerachart said.

Late last month, Vasin Pharmacy was robbed of 3,000 baht cash. The drugs stolen this time were valued at about 500-800 baht, but it will cost about 3,000 to 4,000 baht to fix the glass door, which was broken during both robberies.

“We are not sure if it is the same criminal, but we intend to find those responsible,” Capt Weerachart.