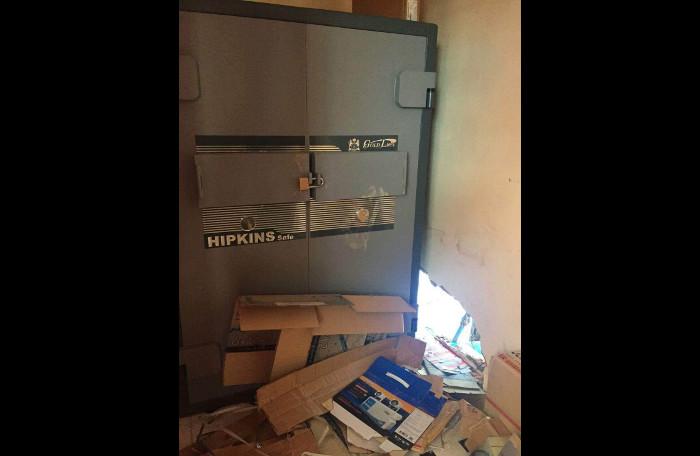 PHUKET: Police are hunting for a ‘farang-looking’ man who broke into a gold shop in Patong on Thursday night but left empty handed after failing to snatch any stash.

However, the burglar did leave clues, including dusty finger prints on the door of the shop’s safe, where all the gold had been locked away.

The owner of the Yaowarat Namchok Gold Shop on Phra Metta Road, Jiramet Sriyothi, called police at 9:45 yesterday morning after opening the shop and finding a hole in the wall at the rear of the building, which backs on to a canal.

CCTV footage from the shop showed a European-looking man, about 180cm tall, smashing a hole through the rear wall and attempting to break into the gold shop’s safe. He was wearing shorts and gloves. He had a tattoo on his left hand and on his chest, said Patong police captain Yingyong Chuoykij.

Shop staff, as is usual practice before closing up for the night, had removed all the gold from the display shelves and locked them in the safe on Thursday evening.