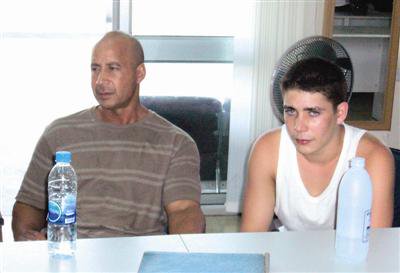 PHUKET CITY: Despite confessing to charges against him, a British man has been sentenced to 18 years and 9 months in prison for ATM fraud.

Mr Veerasawmy was arrested in February last year together with his son Sonny, 20.

Phuket City Police arrested the pair after receiving a report that two men were acting suspiciously in front of the Kasikorn Bank branch on Chanacharoen Rd, near the Robinson department store.

When the police came to investigate, they found them in possession of 15 withdrawal slips, 10,000 baht in cash and 35 fake ATM cards, Capt Supachai Petchkul of Phuket City Police said.

The son, still in Phuket Provincial Prison awaiting trial, denies the charges against him.

General Apirak to be transferred