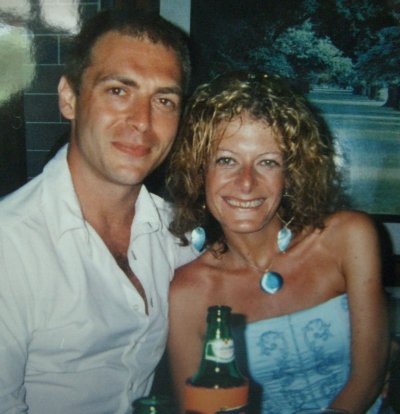 Police say they are searching for her boyfriend, Briton Paul Chetwynd-Talbot, also 31 and also British, in connection with her death.

The two were apparently staying in the same room in the guesthouse and police told the Gazette that Talbot has not been seen since before Ms O’Hanlon’s body was found.

One witness claimed to have seen the couple entering their room late on Sunday night and Talbot leaving alone some time later.

Talbot and Ms O’Hanlon had owned the Red Or Dead bar in Patong, but are believed to have sold it after the December 26, 2004, tsunami wiped out the business financially.

Pol Lt Padungpong Duksukaew, Duty Officer of Kathu Police Station, told the Gazette that Ms O’Hanlon and Talbot flew back to England after the bar was sold. Talbot is thought to have returned to Phuket in May.

Lt Padungpong said that Ms O’Hanlon came to Thailand in the past few days to try to persuade Talbot to return to England.

Pol Col Teeraphol Thipjaroen, Superintendent of Kathu Police Station, told the Gazette that an initial examination of the body suggested that Ms O’Hanlon had been struck hard in the face with a blunt object and that her neck was broken.

He also said that whoever caused her death may be injured; blood was found at the scene, yet there were no cuts or lacerations on the victim’s body. Samples of blood collected from the apartment have been sent for analysis, he said.

Lt Padungpong said that friends and staff at the guesthouse became concerned about the couple because they had not turned up to farewell parties as expected on Sunday and Monday night.

Col Teeraphol and Lt Padungpong agreed that Talbot was suspected of killing Ms O’Hanlon because, they said, it was reported that the couple had been heard arguing loudly in the days before her death, and because Talbot has not been seen since the body was discovered.

Col Teeraphol said that he was sure that Talbot was still in Thailand. “We have checked all the airlines and alerted the Immigration Department, but there is no record of him having left the country,” he explained.

Ms O’Hanlon’s body has been taken to Wachira Phuket Hospital for autopsy.