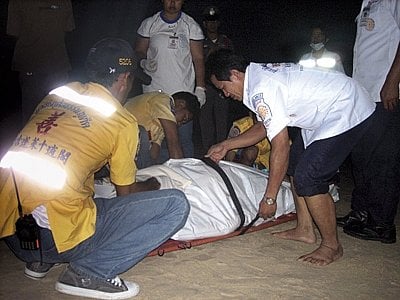 PHUKET: A party among friends turned tragic early this morning when a British tourist, whom Cherngtalay police had originally identified as French, entered the surf and drowned at Phuket’s northern Bang Tao Beach.

He was among six friends enjoying a night of drinking at a beachfront bar near the Banyan Tree resort.

The party ended at about 3am, after which the group returned to their rooms.

The friends notified hotel security when they realized the man was missing.

They presumed he went for a swim on his own and drowned.

British Honorary Consul for Phuket Martin Carpenter confirmed to the Phuket Gazette this afternoon that the deceased’s next of kin have been notified.