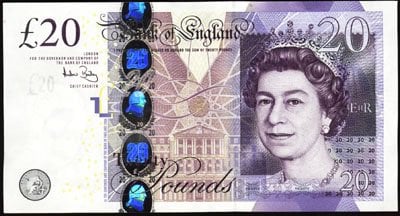 PHUKET CITY: A British tourist faces life in prison after being charged with forging English pound notes and trying to exchange them for Thai baht.

According to Chalong Police, Martin William Pritchard, 52, from Bristol, went to the Karon branch of the Nakorn Luang Thai Bank and tried to exchange twenty 20-pound notes for 21,972 baht.

Under Thai law, anyone convicted of passing forged currency can be jailed for up to 15 years and fined up to 30,000 baht.

If convicted of the more serious crime of forgery, they could be sentenced to life in prison.

He told police he withdrew 1,500 pounds from a branch of Lloyds TSB in England before coming to Thailand on holiday last month.

The money appeared to be real and he had no reason to believe otherwise, he told police.

Mr Pritchard, who has already been released on 300,000 baht bail, is expected to appear in court later this month.

Meanwhile, police have sent the suspect notes to Bangkok to determine their authenticity.

Is Phuket challenged in grasping the gist?