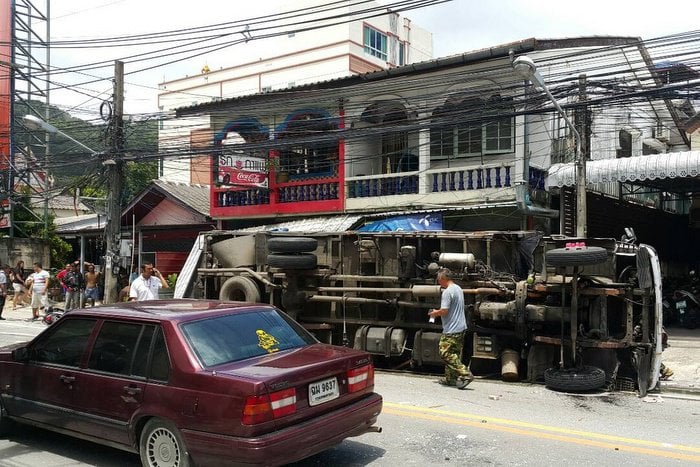 PHUKET: Two women on a motorbike have been rushed to Patong Hospital with serious injuries after a six-wheeled truck lost control on Patong Hill, rolled backward and crashed into them.

Police and rescue workers rushed to the scene, at the bottom of the hill near Wat Suwan Khiriwong Temple, at about 12:30pm to find the two women on the ground behind the overturned truck.

The women, who police have yet to identify, were immediately taken to Patong Hospital.

The truck driver, who sustained no injuries in the accident, has been taken to Patong Police Station for questioning.

Police have yet to reveal the driver’s name.