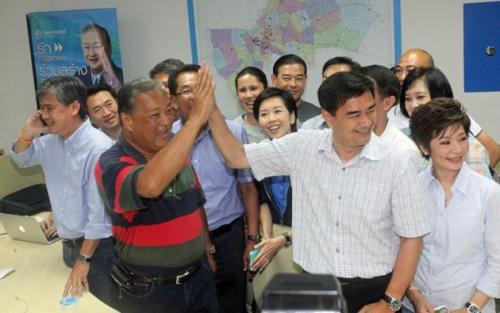 PM Yingluck publicly announced the defeat at 6:15pm after the ongoing count of votes at the polls showed that Sukhamband had amassed more than a million votes while leading Pheu Thai rival Pol Gen Pongsapat Pongcharoen trailed by more than 100,000 votes.

The result shocked those with faith in the exit polls, which predicted that national ruling party Pheu Thai would win the race for Bangkok Governor, albeit by a narrow margin.

In the run-up to the election, many analysts indicated that the votes cast at the polls today would prove a clear indication of the state of voter confidence in Pheu Thai.

Meanwhile, in her public address, a visibly choked-up PM Yingluck promised to work “seamlessly” with the new Governor Elect Sukhumbhand.