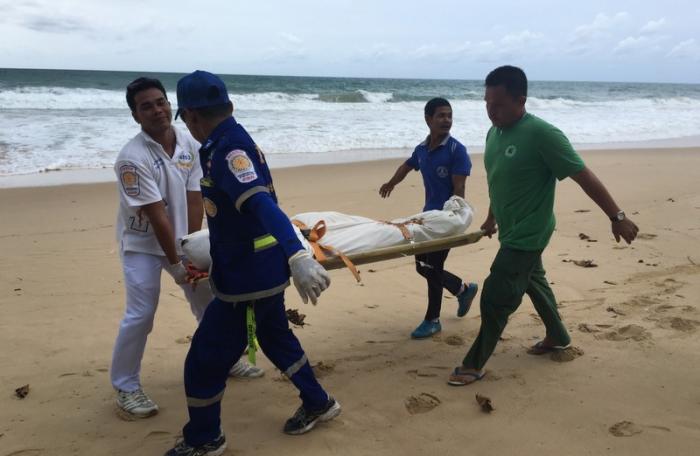 PHUKET: The body of a man who was swept out to sea at Nai Thon Beach last night was found washed up on a private beach this afternoon about two kilometers south of the spot where he disappeared.

“Ms Sompong identified the body as being that of Mr Wichit. We suspect he hit his head on rocks,” said Lt Kriangkrai.

Mr Wichit was swept out to sea while walking along Nai Thon Beach with his friend Athid Sensuk, who reported that they were both engulfed by a powerful wave. Mr Athid managed to hold on to a rock, but Mr Wichit was washed away by the strong waves.

Mr Wichit’s body was taken to Thalang hospital to identify the cause of death. His family will transport his body to his hometown in Buriram Province.