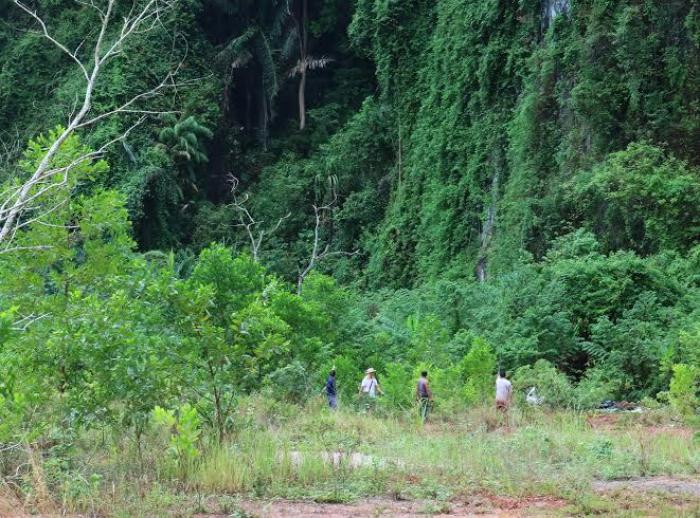 PHANG NGA: A male Rohingya migrant was shot to death during an escape bid from the Phang Nga Immigration Detention Center this morning.

The escapee was one of 21 Rohingya who broke out of the center at 3am and split into two groups. Fifteen of them made their way down a waterway leading to Phang Nga Bay. The other six headed for forested hills nearby, Phang Nga Police General Worawit Pranprung told the Gazette.

The man killed was one of the group of six escapees who had fled to the hills.

“The group attacked the pursuing officers, who then retaliated with gunfire in self defense,” said the general.

The detainees had escaped by using a saw to cut their way out of the second floor of the center and used a rope to climb down,” said Gen Worawit.

Police eventually captured three of the six who ran for the hills, leaving 17 more still at large.