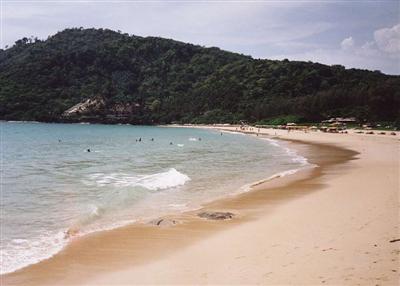 Lt Col Boonlert Onklang of the Chalong Police told the Gazette today that no missing person reports have been filed to aid in identification of the body, which remains in the Vachira Phuket Hospital morgue.

Tattoos are a well-known aid to police in identifying dead bodies, but they have been of little help in this case – even though the man was covered from head to toe in them.

As for the exact cause of death, the hospital has yet to issue an autopsy report, Lt Col Boonlert said.

Police suspect the man drowned while swimming three or four days before and was brought by currents to Nai Harn Beach, where it washed ashore.