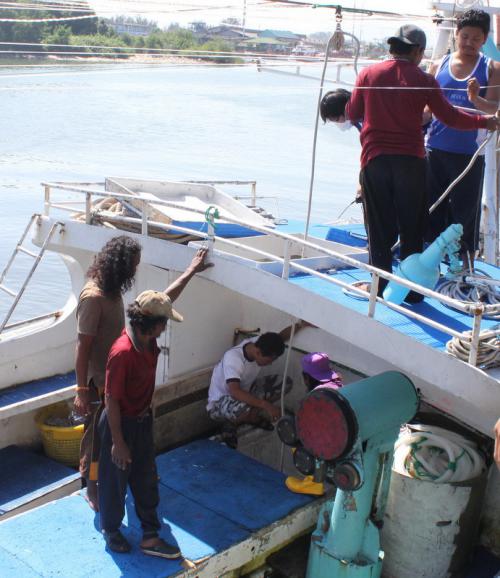 PHUKET: The body of a woman believed to be a westerner was found by a fishing boat off Ranong on November 30, and brought to Phuket yesterday.

The woman was estimated to be 40-50 years old, about 170-180cm tall, and had white hair. She was wearing a green shirt and brown underwear when she was found, said Capt Weerachart Srira of the Phuket City Police.

“There were no signs of violence on the body and no documents to identify it,” he added.

“Due to the woman’s blonde hair and her skin being white, we believe she was a foreigner,” Capt Weerachart said.

A Taiwanese tuna-fishing boat made the discovery as it was fishing near Kawthaung, which lies across the strait that separates Myanmar from Ranong.

“The crew saw the body and informed the captain, who tried to contact government organizations in Myanmar and Thailand,” Capt Weerachart said.

When he was unable to make contact, he called the boat owner and was told to put the body in the boat’s cool container and take it to Phuket.

“The boat captain believes that the woman’s spirit communicated with him,” Capt Weerachart explained.

“The captain said that when he saw the body, he suddenly got a headache, but after they brought the body onto the boat, the headache immediately went away. He thinks the spirit was asking him to take the body to shore,” he said.

The boat crew held a ceremony to ease the spirit’s passage to the next world.

Compulsory healthcare for foreigners a matter of choice: Poll

No amnesty for Phuket foreigners waiting for work permits