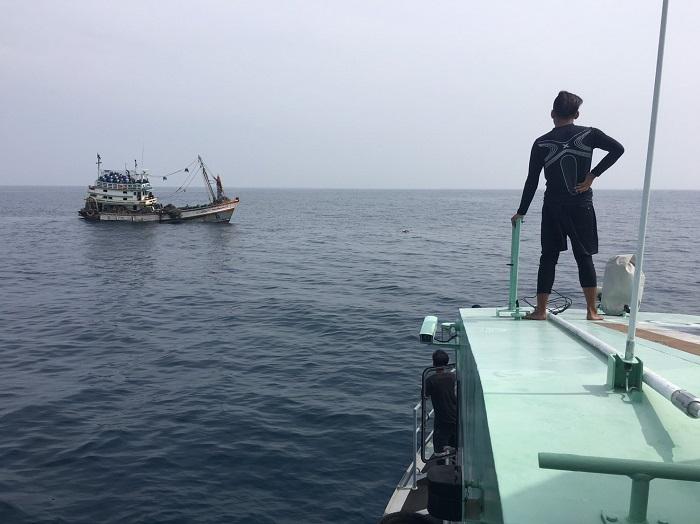 PHUKET: The body of a man believed to be that of a Korean tourist who went missing after entering the sea to save his girlfriend at Patong beach last Wednesday was found by fishermen off the northwest coast of Phuket yesterday.

Korean nationals Siwoo Park, 25, and his partner Garam Hong, 28, disappeared in the surf off Patong Beach around 1am on June 29. (story here)

The body of Ms Hong washed up a few hours later. However, search and rescue teams were unable to locate Mr Park.

A relative of the missing man has confirmed that the body found at sea was that of Mr Park, Thalang police Lt Watcharin Jiratthikanwiwat told the Phuket Gazette.

The fishermen found the body floating about seven nautical miles off Sirinath National Park and radioed police, who dispatched a rescue boat and transported it to Thalang Hospital for an autopsy.

Police said there appeared to be no signs of violence on the body.