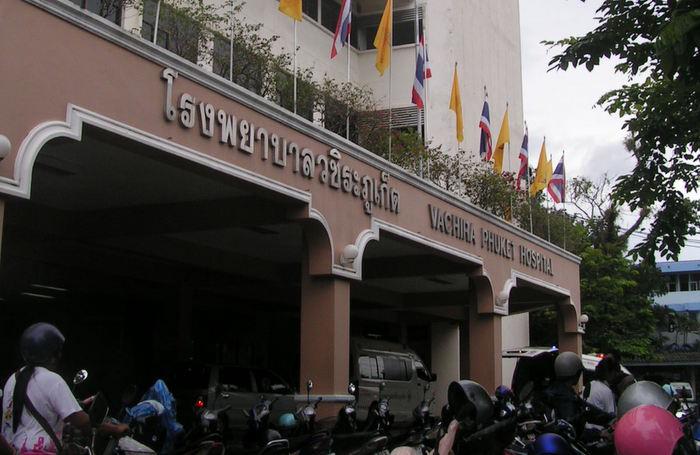 PHUKET: Though news of the desperately needed A-negative blood to save the life of a German man produced eight units, more is still needed.

Bernd Langer, 51, was involved in a single vehicle motorcycle crash in Rawai at about 5am on Sunday.

“Witnesses said that Mr Langer fell over while driving his motorcycle,” explained Lt Chollada Chokdeesrijan of the Chalong Police. “He was wearing a helmet at the time of the accident.”

Despite wearing a helmet, Mr Langer was seriously injured and in need of a number of surgeries.

“We have already conducted several operations, during which a lot of blood was lost,” said Ampai Saengwichitr, a medical technologist at Vachira Phuket Hospital. “We are monitoring him to ensure that there are no infections.”

“Doctors need four units of blood for today’s operations, which we already have,” Ms Ampai said. “However, we are not sure how many more operations will be required.”

The blood bank at Vachira Phuket Hospital and Phuket Regional Blood Center (PRBC) had zero units of either A-negative or O-negative blood earlier this week. The facilities have again called on donors to step forward.

Blood donations can be made at Vachira Phuket Hospital, Monday through Friday, 8:30am to 8pm, and
Saturday and Sunday, 8:30am to 3pm.