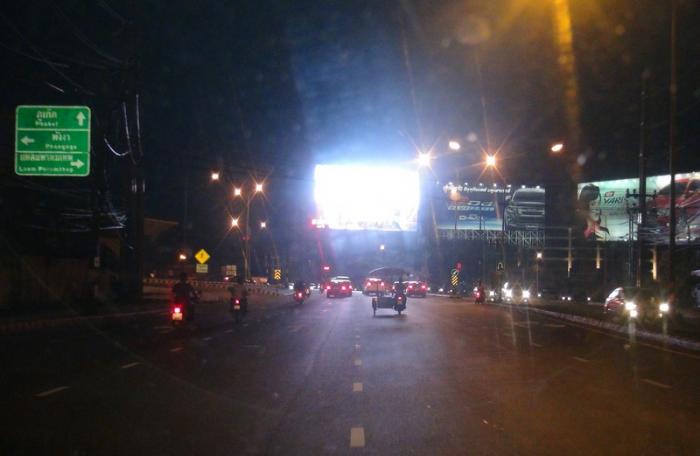 PHUKET: Wichit Municipality has asked the advertising company operating an LED billboard at the Central Festival Intersection to dim their sign, after receiving complaints from commuters.

Wichit Mayor Kreetha Chotwitpipat said locals have sent in complaints to his office that too much light emanates from the billboard at the Central Festival-Darasamuth intersection, particularly at night.

“At this stage, we have yet to receive an official letter of complaint from anyone, but we’ve been hearing informal complaints and know that we’d better take action,” Mr Kreetha said.

“The billboard advertisement belongs to a company in Bangkok. In hopes of solving this problem before anyone gets injured, we’ve already sent a letter to them, asking them to dim the lights,” he said. “Hopefully they’ll do that within the coming weeks.”

Mr Kreetha urges members of the public to contact the municipality if they have a problem and pledged that municipal officers would address their concerns as soon as possible.

You can call 076-525 100 or email vichitprphuket@gmail.com with your problems in the area.