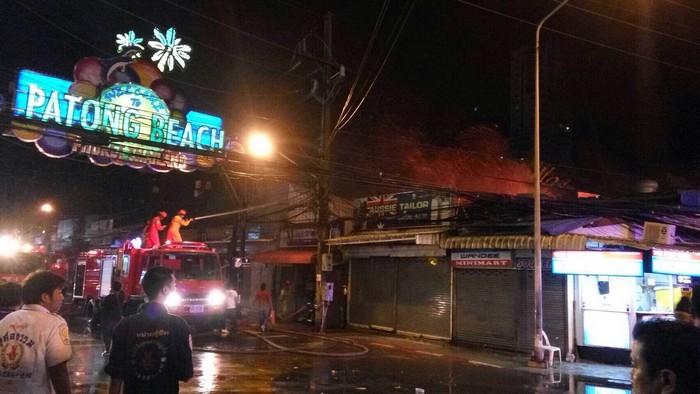 PHUKET: A blaze gutted shops in a narrow alley off Bangla Road in Patong last night.

The fire broke out about midnight near Thaweesawong Road (beach road), damaging several shops including a tailor’s and a minimart.

Firefighters and six fire trucks took more than an hour to extinguish the inferno, which is estimated to have caused several million baht worth of damage.

Inspectors believe the fire was sparked by an electric short circuit in one of the shops.

No one was injured in the fire, police reported. 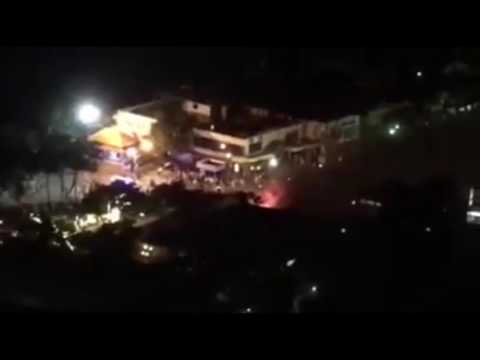 The Bangla fire was caught on camera from one of the high-rise hotels in Patong. Video: PGTV/Toine Aarts