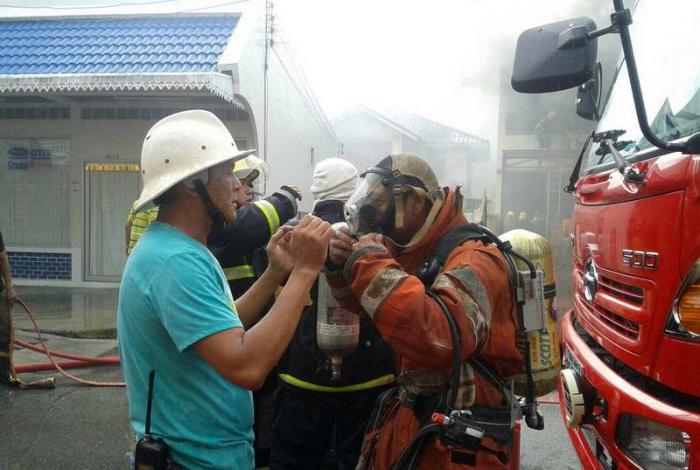 Emergency services received a report of the house fire at 9:20am at number 44/2 on Patiphat Road.

Col Thaksin said firefighters had a difficult time battling the blaze due to an exceptionally heavy window on the second floor, which they had to break open in order to control the fire.

The fire gutted the building. Investigators estimate the blaze caused about 300,000 baht worth of damage.

Police believe the fire was caused by a short circuit.

The house was not occupied at the time and no injuries or deaths were reported. According to the homeowner, no one else was left in the house after she and her son had left for breakfast.