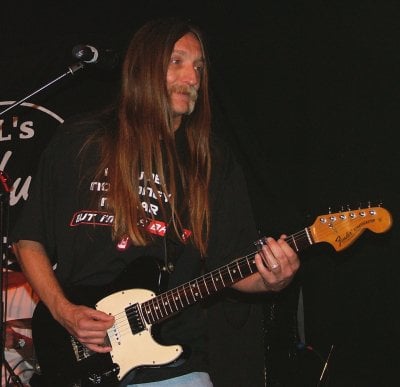 KARON: The curtain rises on Phuket’s first international blues festival on December 16, with nine bands taking to the stage in the course of the two-day event, hosted by the Hilton Phuket Arcadia Resort & Spa in Karon.

The first band to take the stage, at 6:30 pm on December 16, will be Blue On Blue from Bangkok. They will be followed by Pattaya-based Blues Machine, Soi Dog Blues Band from Bangkok, and, at 11 pm, Victor Brox from the UK, described by Jimi Hendrix and Tina Turner as their favorite white blues singer.

The following evening’s music will begin at 6:30 pm with two Phuket bands, Groove Doctors and Big Fat Blues Band, followed by Cannonball from Bangkok and Kyla Brox – Victor’s daughter. Topping the bill will be the Rich Harper Band from Los Angeles, whose track As She Moved In (My Guitar Moved Out), hit Number One in Rolling Stone Magazine’s MP3 & More Blues Chart.

Tickets cost 1,000 baht for a one-day pass (either day) or 1,600 baht for a two-day pass. In addition, VIP tickets, which will allow holders backstage to meet the bands, are on sale for 3,000 baht for the two days.

In Phuket, the tickets will be available from a variety of outlets. These are: in Karon, the Hilton; in Kata, the Kata Beach Resort and Jiva Resort; in Cherng Talay, the Albatross Café in the Laguna complex and Wine & Taste on the road into the Laguna complex; in Phuket City, Central Festival, the Watermark Restaurant at Boat Lagoon, and the offices of the Phuket Gazette; in Chalong, The Green Man; and in Patong, Rock City and the Yorkshire Inn.

For further information contact organizer Andy Andersen at Tel: 06-6822639 or by email to phuketmusic@yahoo.com.

The event is presented by HotelTravel.com and the Phuket Gazette.