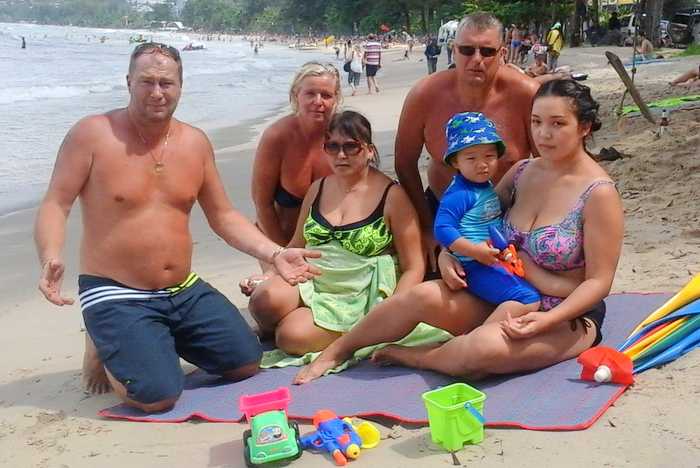 PHUKET: Governor Nisit Jansomwong has confirmed that umbrellas are not allowed on Phuket’s beaches until further notice.

“If people keep bringing their own umbrellas to the beach, it will only cause confusion and endless misunderstandings,” he told the Phuket Gazette yesterday.

“Until an official announcement is made, bringing umbrellas to the beach is not permitted. This is what we must do at the moment.”

The governor’s ban follows news reports this week that umbrellas were in fact allowed on the sands of Phuket’s beaches.

Those reports were hot on the heels of Vice Governor Chamroen Tippayapongtada on Tuesday confirming to the Gazette that tourists were not permitted to bring umbrellas to the beach (story here).

Earlier this month, a Swedish family on holiday was kicked off Patong Beach for trying to use their own umbrella (story here).

Nonetheless, officials have been scrambling to get beach umbrella and local-style beach mat services back before arrival numbers peak for the holidays.

“We are working on a plan. I have already asked the Land Department to sort out what we can do to bring umbrellas back to the beaches,” Governor Nisit said.

“Once we have figured it out, we will have a meeting to announce the decision about umbrellas, and the future of the beaches. This will happen as soon as possible.”

Gov Nisit did not reveal a date for the meeting.

The governor also called on island residents to help explain to tourists why the ban is necessary to help prevent further misunderstandings about the government’s intentions.

“If you could, please explain what we have been through and that we are trying to prevent people from ‘owning’ the beach again. I believe that tourists will understand if we take the time to explain it to them,” Gov Nisit said.