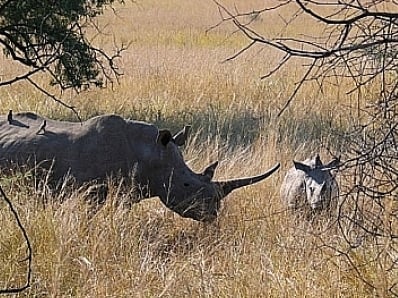 Thousands of fishermen clashed with police during the protest against a fuel price hike in the town of Chilaw, which is located in the Puttalam District of North Western Province. Police reportedly fired tear gas to disperse the protesters when they started hurling stones at them, according to the Colombo Page.

Sri Lanka Police spokesperson Ajith Rohana said one fisherman was shot dead while three others were injured. He gave no other details, but the state-run Lankapuvath news agency said several police officers were also injured and rushed to the town’s hospital.

Thousands of fishermen in the region have been staging protests since the Sri Lanka government increased fuel prices on Saturday evening. On Monday, fishermen also took to the streets and blocked the main road between the capital of Colombo and Chilaw.

According to the new figures, at least 52 rhinos were killed across the country during the first 44 days of the year. However, shortly after the announcement by SANParks, the Mercury newspaper received information that two more rhinos had been poached at a private game lodge near Hluhluwe in KwaZulu-Natal, raising the number to 54.

Most of the rhinos killed so far this year were living in Kruger National Park (KNP) and Limpopo province with 26 and 13 rhinos poached respectively. At the current rate, it is expected that at least 450 rhinos will have been killed by criminal syndicates by the end of 2012.

“It is worrying that we are still losing such a high number of rhinos throughout the country. The most encouraging area in this whole saga is the increasing number of arrests and the steeper sentences that are being imposed,” said David Mabunda, CEO of SANParks. “The difficulty is pinning a suspected criminal to the crime because we are dealing with very wily, sophisticated individuals.”

At least 30 poachers have been arrested across South Africa so far this year, most of them in the province of North West where ten arrests were made. Police arrested 232 poachers last year, a significant increase from the 165 arrests made in 2010.

Among those arrested so far this year are five suspected poachers who were taken into custody on Tuesday after a shoot-out with police. A .458 caliber rifle and 14 rounds of ammunition were seized from the suspects, but other details were not immediately released.

“Conservation agencies and the police are seeing increasing cooperation from the public which has resulted in arrests in the KNP and some provinces being effective before the criminals even enter the parks,” Mabunda said.

Rhinos are mostly being killed for their horns which are popular in medicine markets across Southeast Asia, and an increasing demand has pushed prices to more than $50,000 per kilogram (2.2 pounds). At least 448 rhinos were poached in South Africa in 2011, a substantial increase from the 333 rhinos killed in 2010, according to SANParks. At least 122 rhinos were killed in 2009.

Although preservation actions in the 1930s allowed the species to partially recover, protection efforts later declined. By 2000, only about a dozen Western Black Rhinoceros were thought to be alive, and a survey in 2006 found none to be alive. No sightings of the animal have been reported since, and none were held in captivity.

Other rhino subspecies also face extinction. The population of the Sumatran rhino, which is found from northeastern India through Southeast Asia in Myanmar (Burma), Thailand, Malaysia and the Indonesian Islands of Borneo and Sumatra, has declined by at least 50 percent during the last 15 years, making it one of the most endangered rhino species in the world.

Prison fire in central Honduras kills more than 270
PHUKET (News Wires): At least 272 people were killed late Tuesday evening when a fire broke out at a prison in central Honduras, officials said yesterday morning. Hundreds of inmates may have escaped during the blaze.

The fire broke out at around 10:50pm local time and quickly spread across units 6, 7, 8, 9 and 10 at the prison in Comayagua, the capital of the province which carries the same name. There were a total of 853 inmates at the facility, well above its maximum capacity of 400.

Many of the inmates were unable to escape when the fire broke out, and it took firefighters more than 40 minutes to reach the affected units as prison personnel was unable to find the keys to access some areas. Many inmates either burned or suffocated to death as they waited for help to arrive.

A photo published by the El Heraldo newspaper showed a unit with several bodies which were burnt beyond recognition.

“There are many bodies piled up inside the units of people who tried to escape the fire but couldn’t,” Fire Department spokesman Josué García was quoted as saying by the Spanish EFE news agency. Officials believe hundreds of inmates may have escaped through the roof as rescue workers tried to extinguish the blaze and rescue inmates.

The cause of the deadly fire was not immediately known, but prison officials rejected initial media reports that a riot took place before the incident. Investigators were investigating whether one of the inmates started the blaze or if a short circuit was responsible.

Tuesday’s fire was one of the worst ever prison fires in Latin America.

In May 2004, a total of 107 inmates were killed when a fire broke out at a state prison in the city of San Pedro Sula, located in northwestern Honduras. Inmates blamed guards for the many deaths because they refused to open the cells as they screamed for help.

And in April 2003, fighting between rival gang members and a subsequent fire left 68 people dead at a prison in the Honduran port city of La Ceiba. A subsequent investigation blamed prison guards and police for most of the deaths, all gang members.