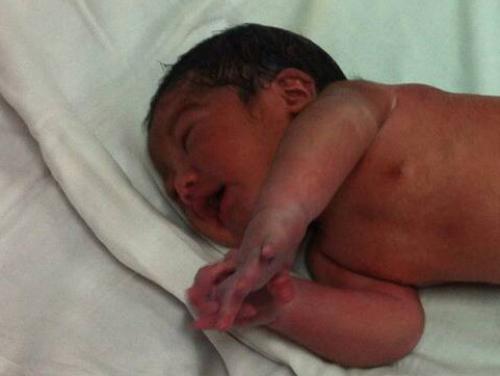 PHUKET: Police are questioning residents in the central Phuket area of Srisoonthorn after a baby was found abandoned in front of the local mayor’s house on Sunday.

A maid discovered the newborn boy in front of Mayor Worrawut Songyot’s house when she arrived for work at 9am.

“When we arrived, the infant male was wrapped in a yellow towel. His skin was quite red and the umbilical cord was still attached,” said Lt Col Sarit Butnongsang of the Thalang Police.

“We took him to Thalang Hospital, where doctors cut the umbilical cord and began feeding him milk. He weighs 2.89 kilograms and seems to be in good health,” he added.

Police are hoping to locate the baby’s mother.

“We believe the mother may be a teenager from a poor family in the Thalang area. She might want the mayor to help support her son,” Col Sarit said.

While the search for the mother continues, the baby remains in the care of the hospital.

“Temporary custody of the baby boy has been handed over to the Ministry of Social Development and Human Security’s One Stop Crisis Center, located at the Phuket Shelter for Children and Families on Koh Sireh,” Col Sarit said.

Compulsory healthcare for foreigners a matter of choice: Poll