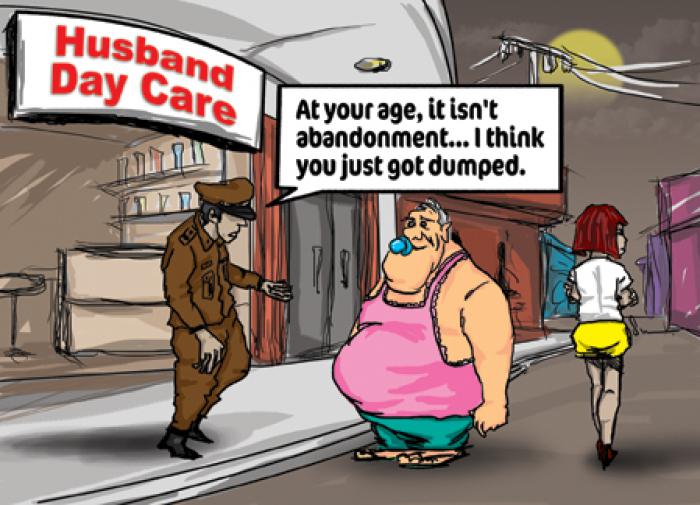 PHUKET: Child welfare and safety issues have been much in the news recently and our special report this week explores for our readers some of the options available locally to young mothers who are either unwilling or unable to support children they have given birth to.

Few news stories generate greater emotional resonance than reports of abandoned babies. Yet it is very easy to forget that child abandonment issues are nothing new.

Starting from the very beginnings of recorded history in ancient Egypt is the story of Moses, who the Book of Exodus recounts to have been a foundling. In many cultures since then it was considered acceptable for people willing to take in homeless children to essentially keep them as slaves.

Reminders of this harsh reality from the not-too-distant past remain with us through folklore, including many of the fairy tales that we read to our own children, and are in Thai soap operas as well.

The fact is that child mortality rates now stand at record lows – levels that our more ancient ancestors, who lived as hunters and gatherers, could probably never have imagined.

Yet these reduced mortality rates, coupled with increasing urbanization, vastly improved medical services and other benefits of modernization over the past few centuries have also kept the numbers of unwanted or abandoned children far higher than could ever have been sustained by more traditional societies.

One now largely forgotten chapter in the history of how humanity has dealt with child abandonment comes from the US, where for almost eight decades, starting in the 1850s, an Orphan Train Movement saw some 250,000 orphaned, abandoned or otherwise homeless children transported from squalid East Coast cities to foster homes in rural areas. For some, it was a passport to a promising new life, but for many others the result was a life of mistreatment, abuse and servitude.

The point of this brief historical review is not to dwell on the fact that misery, like everything else, is relative; nor is it to imply that the two apparently aborted fetuses and three newborns found dead on Phuket last year are to be considered acceptable.

Rather, it is to keep the issue in perspective and to appreciate how far we have come. This allows us to look to the future with some sense of purposeful optimism, not dystopian fear fueled by information overload.

Shady Business: Phuket beaches kept out of the sun

Phuket is receiving almost 100,000 Covid-19 Sinovac doses to administer second vaccine rounds to those who received their first jabs earlier this month. 99,480 doses were delivered yesterday at Vachira Phuket Hospital in Phuket Town. 30,000 doses will be delivered to Thalang Hospital, 20,000 to Patong Hospital and 10,000 to Chalong Hospital. Vachira hospital’s director posted last night detailing the vaccines’ distribution, noting that Vachira will keep the rest in store.

The vaccine doses will help continue the mass-vaccination campaign which will continue until April 30. About 90,000 people and 9,000 medical and public health personnel are scheduled to receive their 2nd vaccine doses. 480 military, police, and frontline personnel are also on the list.

The Phuket Provincial Health Office has made a goal of inoculating 8,000-9,000 people per day, but many have criticised that number as being unachievable. Chalermpong says SMS services will be used to notify those of vaccine appointments.

“Those who already have had the first injection will receive an SMS for an vaccination appointment on their phones. The SMS will tell you the date and time you have to come to the vaccination stations. For those who are waiting for vaccination in May, we will inform you later.”

The Phuket News reports that people who have already had their first injection but who have not received an SMS confirming the second vaccination appointment can check at the “Phuket Must Win” website. Chalermpong says if you cannot find your name, then you can visit the vaccination station and present your certificate to staff after 3pm each day.

Other provincial authorities joined in giving their advice with the PPHO chief reminding that even if you are vaccinated, you could still be infected, but the symptoms won’t be very bad. The Vice Governor also chimed in saying if you want the first injection, they are open for registration today. But if you want to be vaccinated in May you must have an appointment as authorities are trying to reduce congestion.

Meanwhile, Phuket’s plans to reopen by July to vaccinated tourists may be stalled due to the 3rd wave of Covid and a slower rollout of vaccine administration than previously planned. New restrictions from entering the province have also been announced. Currently, you’ll need either a certificate of proof that you’ve had both doses of an approved Covid-19 vaccine, a Covid-19-free certificate, not older than 72 hours, or you’ll have to do a Rapid Covid Test at a cost of 300 baht at the airport.

This situation will apply until at least the end of April. The downside of coming to Phuket at this time will be risking a positive Rapid Covid Test, if you don’t have the other paperwork, and ending up in a field hospital.

If you’re arriving in Phuket by road, through the Thachatchai road checkpoint at the top of the island, only travellers from the red zone provinces will be affected by the new restrictions. If you’re from an orange zone you’ll be able to enter without the paperwork, for now anyway.