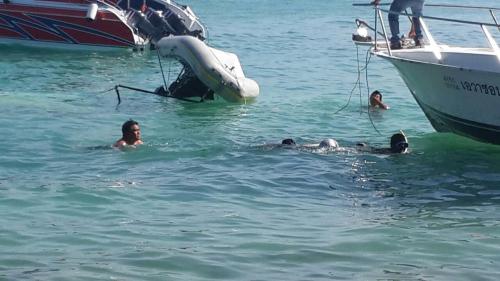 PHUKET: A foreigner died after his ultralight flying boat fell from the sky off the east coast of southern Phuket this afternoon.

Staff at a nearby resort in Rawai who witnessed the accident reported hearing an explosion from the machine’s engine before watching in horror as the craft plummeted into the water about 500 meters from the shore.

Resort staff scrambled a boat to recover the pilot from the crash site.

Witnesses reported that the man was unconscious when he was pulled from the water. Attempts to revive him on the beach were unsuccessful.

The identity of the foreigner has yet to be confirmed. Initial reports said the man’s given name was “George”.