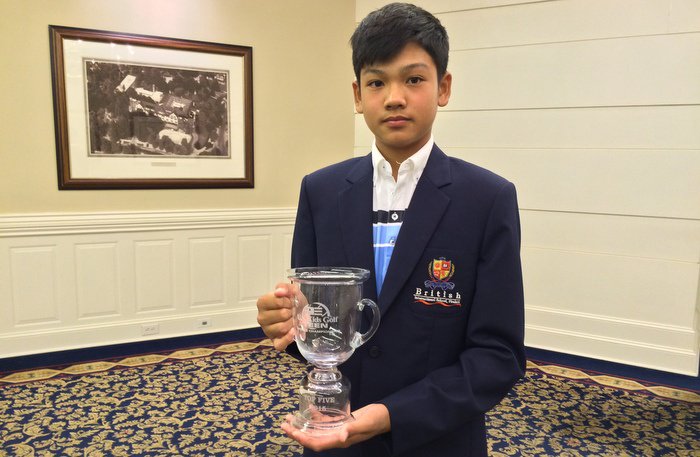 More than 500 players from 34 countries competed on courses that have crowned some of golf’s greatest champions.

“We are very proud of Mark for taking third place at this highly competitive event,” said BISP Golf Academy Head Coach Oliver Bates. “Not only for the way he has played at the Teen World Championship, but also the manner in which he represented himself. He is a true ambassador for the BISP Golf Academy Phuket and junior golf in Thailand.”

The Teen World Championship commenced on July 22, with three official rounds of play from Thursday to Saturday.

The Van Horn Cup Teen World Championship on the final day, Sunday, July 26, is where Mark scored six under par over three rounds to card a final score of 210, just two shots behind the winner.