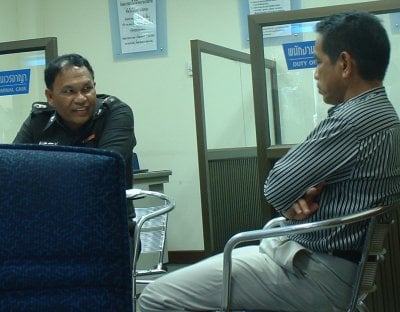 PHUKET: More than two million baht intended for tsunami victims has gone missing from a safe in Provincial Hall.

The theft was reported to police yesterday by Metha Mekarat, Chief of the Phuket Office of Disaster Prevention and Mitigation (ODPM).

Altogether, 2,050,000 baht is missing from the safe, which is in a strongroom at Provincial Hall.

K. Metha said that since the tsunami, the ODPM has received five consignments of cash from Bangkok, totalling 45 million baht, to be distributed to those affected by the disaster.

“[Each time] the money, in a cardboard box, would be put in the safe in the strongroom in Provincial Hall,” he explained. “OPDM officer Soralak Theipput and I are the only people known to have keys to the safe.”

He added that the strong room is a restricted area, to which only certain officers have access.

K. Metha said he realised there was a problem on Friday, when K. Soralak told him there was just 350,000 baht in the safe. The last time K. Soralak had checked, on February 3, there had been 2.4 million baht.

The ODPM Chief added that his staff had checked, several times, the amount of money received and paid out, but had found no errors that would account for the missing millions.

He added that both he and K. Soralak are cooperating willingly with police officers investigating the disappearance of the money.

Governor Udomsak Usawarangkura said that he had already notified Interior Minister Bhokin Bhalakula and had assigned Vice Governor Supachai Yuvaboon to set up a commission to investigate the disappearance.

The Deputy Commander of Phuket Provincial Police, Pol Col Kokiat Wongvorachart, said investigators were reviewing video surveillance tapes from the area around the strong room and would question everyone who appeared on them.

He added that he expected an arrest to be made very soon.