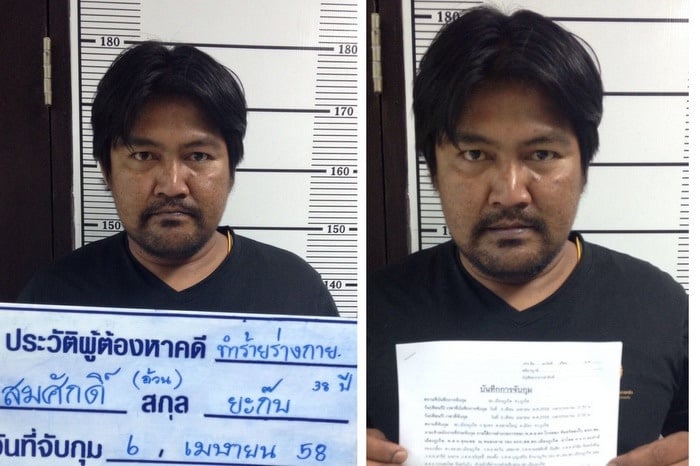 PHUKET: A delay in autopsy results has resulted in police having to defer bringing to trial the alleged rapist and killer of a 1-year-old baby boy who died in Phuket Town last month.

Police launched a manhunt for Somsak Yakob after he called the child’s mother to tell her that her son had fallen to his death. He left the baby’s battered body at Vachira Phuket Hospital after the child’s mother arrived (story here).

Mr Somsak turned himself into police on April 6, but denied the allegations (story here).

Mr Somsak was arrested and taken to Phuket Provincial Court on April 8, but was bailed out by relatives on the same day, Lt Ronnaphum Permpoon of the Phuket City Police told the Phuket Gazette.

“Mr Somsak has to present himself to the court every 12 days. He is due in court again on May 6,” Lt Ronnaphum said.

The baby’s body was taken to Region 8 Police headquarters in Surat Thani for an autopsy after an initial investigation at Vachira Phuket Hospital, before being returned to Phuket to be cremated at Wat Khosit Wihan in Phuket Town.

The autopsy results and forensic tests conducted by the Region 8 Police headquarters have been sent to the Institute of Forensic Medicine at Police General Hospital in Bangkok for further verification, said Lt Ronnaphum.

“It will take about a month for the results to come back to Surat Thani from Bangkok, and before we receive them ourselves,” he said. “We could plainly see bruising on the body, but we cannot verify whether or not the baby was raped until we receive these test results.”