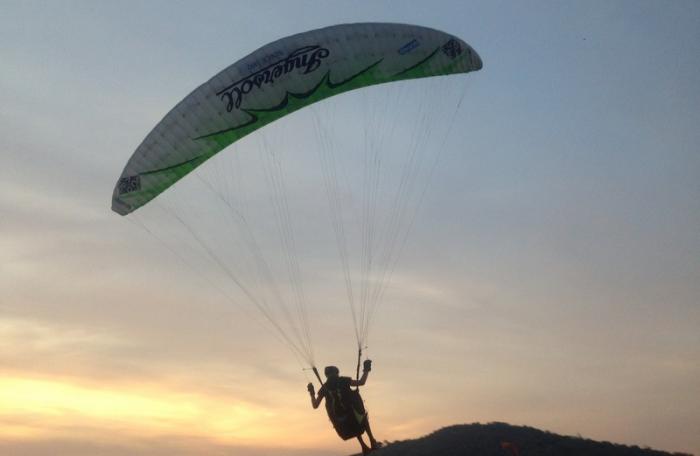 PHUKET: An Austrian expat allegedly running an illegal paragliding business received an official warning from the municipality and narrowly escaped charges on Tuesday.

“We were informed by a concerned resident that Kurt Pirker was operating an illegal paragliding business at the windmill in Nai Harn,” said Rawai Mayor Aroon Solos.

“We sent out municipality officers to warn him, but he kept at it. Mr Pirker was also found to be cutting trees illegally, despite previous warnings. We had no choice but to inform the police.”

Witnesses said Mr Pirker insulted police officers, who arrived on the scene at 6:30pm. However, no charges have been filed against him.

“We have sent an official warning letter to him. If he is caught operating his business without permission again, he will be arrested and charged for it,” Mayor Solos said.

Miracle escape for family of four in Phuket car-flip horror