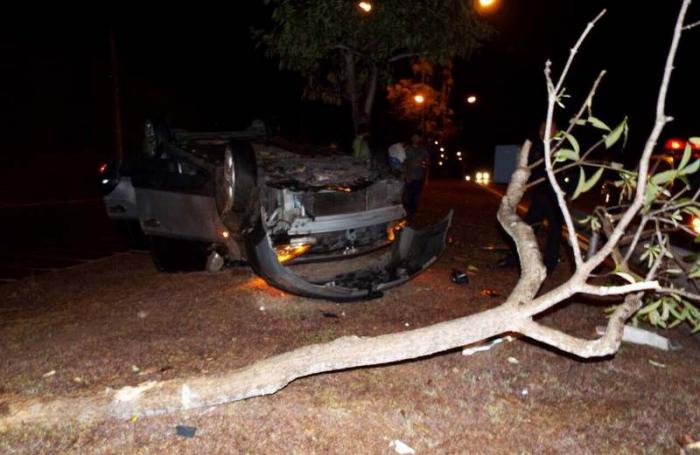 PHUKET: A family of four escaped serious injury when their car skidded off the road, smashed into trees and flipped over early this morning.

The accident occurred at 3:40am on Thepkrasattri Road during a rainstorm. The driver, Somchai Kennadam, 44, said he lost control of the car as he took a bend on the slippery road heading towards Mai Khao.

Police arrived on the scene to find the upturned Nissan Tida on the median strip next to two freshly-felled trees, as the occupants got out of the car, dazed but unharmed.

“Fortunately, all the occupants were wearing seat belts, which probably saved them from serious injury,” said Capt Thanom Thongpan of the Tah Chat Chai Police.

Medics treated the family members for minor injuries at the scene. None of the passengers were hospitalized.