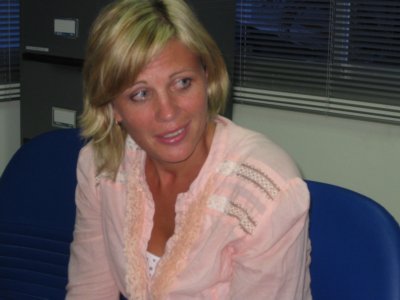 PHUKET CITY: Australian tourist Annice Smoel pleaded guilty on Wednesday to stealing a bar mat from the Aussie Bar in Patong and paid a 1,000-baht fine (approx US$ 28.00) before leaving Phuket.

Pol Maj Songserm Preecha of the Kathu Police, which operates in Patong, told the Gazette that the maximum sentence for the theft charge was one year imprisonment and a 2,000-baht fine, but Phuket Provincial Court halved both the prison sentence and fine based on her confession.

The court then suspended the prison sentence because Mrs Smoel has no previous criminal record in Thailand.

Mrs Smoel’s case has made major headlines in Australia, which is a prime source of tourists to Phuket at this time of year.

She was arrested and detained for two nights in a cell at Kathu Police Station after police caught her with a stolen beer mat (aka ‘bar mat’) from the Aussie Bar on Soi Bangla in Patong.

The bar mat, measuring 145cm by 45 cm, was made of thick rubber and can be bought from the Aussie Bar as a souvenir.

The Australian mother or four initially denied the charges, saying friends had put the item in her handbag without her knowledge as a prank.

Kathu Police forwarded the case to the Provincial Prosecutor’s Office and seized her passport, preventing her from leaving Thailand to go home to her children.

The non-stop, worldwide publicity surrounding the case – and its possible impact on tourism – apparently made the court expedite the case.

A Thai person facing the same charge would typically have to wait weeks or months for a court hearing.

Maj Songserm also denied that Mrs Smoel spent four nights in prison, as has been widely reported. She spent two nights in prison and was released after 48 hours, the maximum allowable under the law, he said.

Mrs Smoel was in an angry mood and quarreled with staff at the Aussie Bar. She was arrested by uniformed officers after staff at the bar reported the theft, not by “undercover police” inside the bar as previously reported in major media around the world, he said.