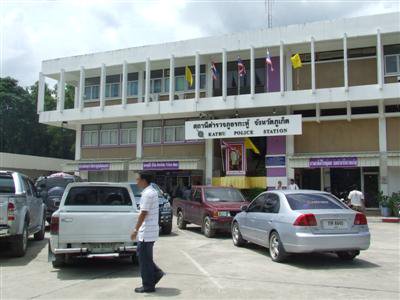 KATHU, PHUKET: A young Australian tourist is facing deportation from Thailand after falsely claiming that she had been robbed in order to claim on her insurance, police in Phuket said.

Patong Police said the 20-year-old college student told them that two young men on a motorbike had snatched her bag in Patong yesterday.

But on questioning, it emerged that the story was fabricated.

After she confessed to making the story up to claim on her travel insurance, police charged her and locked her up.

Her boyfriend bailed her out for 50,000 baht around 5pm yesterday.

“It’s my first time out of the country and I will not do this again,” said the young woman.

The Australian had arrived in Phuket on Wednesday and was due to leave last night. She has now postponed her flight as her case will need to be processed.

She was due to appear in court today. She is likely to be fined and sent to Immigration for deportation.

“There are probably around 50 cases [dealt with by Kathu Police] every week,” he said.