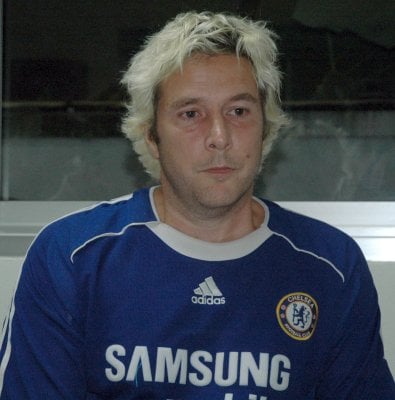 PATONG: An Australian father who abducted his daughter and demanded 30 million baht from his estranged wife was arrested at his rented apartment on Rat-U-Thit 200 Pi Rd at 8 pm last night.

Col Yodake explained that Leary had collected his three-year-old daughter Savannah from school on October 26 last year, then fled with her to Singapore before entering Malaysia.

“From there he sneaked into Thailand without passing through Immigration. The most recent entry in his passport is an entry stamp for Malaysia, so we believe his intention was to have police believe that he was still in Malaysia,” he said.

Col Yodake said that Leary had allegedly demanded 30 million baht from his estranged, American-born wife, to have Savannah returned to Australia. The mother was granted custody of Savannah during their divorce, the officer said.

“Leary had been staying at ADD Mansion in Patong since January 14. In late February, he called his wife in Australia on his mobile phone and said that his daughter was now staying with him. If she wanted her daughter back, she would have to transfer 30 million baht to him,” Col Yodake said.

“After that, his wife contacted the Australian police,” he added.

An investigation by Australian police led to the discovery that the call was made from Phuket.

Phuket Immigration officers searched mobile phone company records and found that Leary’s phone was used to order pizzas from a restaurant in Patong.

“So we checked with the restaurant and they showed us where he was staying,” Col Yodake explained.

He added that Leary had also made several calls to a pharmacy to place orders for Valium.

Leary has been charged with illegally entering the country. He is now being held at Phuket Provincial Court.

Savannah will today be flown to a juvenile custody center in Bangkok, where she will remain until she can be reunited with her mother.