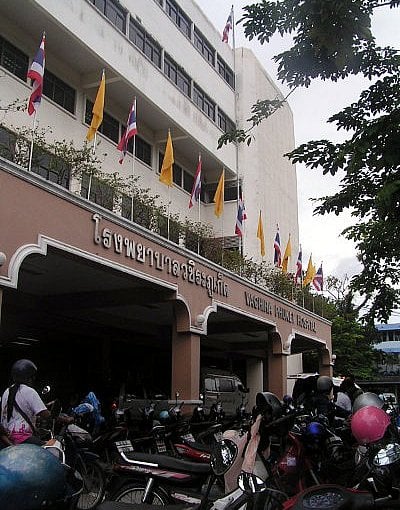 PHUKET: The Australian man who fell 18 floors from a Patong hotel balcony on Tuesday is recovering from an operation to repair a ruptured spleen and to start correcting his shattered right leg, which was nearly torn off in the impact.

“He is conscious and is responding to stimuli. However, we are still concerned about his condition as he suffered serious internal bruising,” a staffer at the hospital told the Phuket Gazette.

Mr Hurley suffered several broken ribs, a punctured lung, serious injuries to his right leg and a broken left hand in the impact.

Police have yet to reveal the series of events that led to Mr Hurley’s plunge from his room’s balcony at the Royal Paradise Hotel.

“His sister from Australia is expected to arrive this afternoon,” the staffer said.