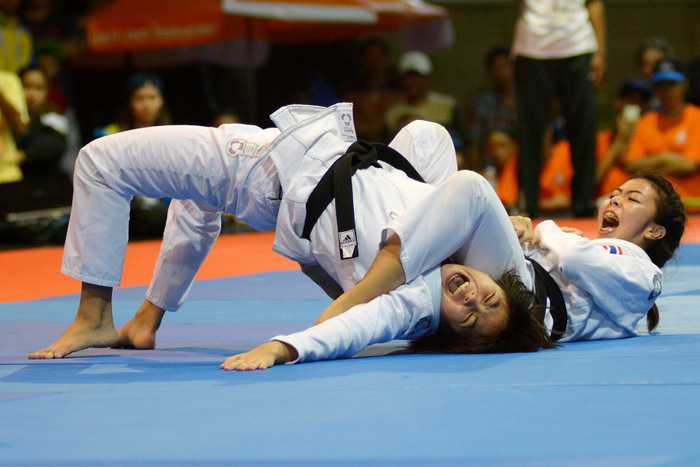 The first gold came from women’s martial art duo Suphawadee Kaeosrasaen and Kunsatri Kumsroi in their impressive 36-33 win over Pakistan’s Sundus Salam Khan and Maryam 36-33 in the final.

Areewan Chansri and Ratcharat Yimprai claimed the second gold when they thrashed Pakistan’s Muhammad Ammar and Sundus Salam Khan 39-34 in the showdown.

Seven gold medals were at stake yesterday: one gold in the sambo mixed team event, which was won by Kazakhstan; and six gold in ju-jitsu, which saw Thailand win two gold in the women’s and mixed martial art duo events.

Mongolia remain at the top of the medal standing with six gold and two bronze medals, while hosts Thailand are in fourth place with two gold, two silver and six bronze medals.