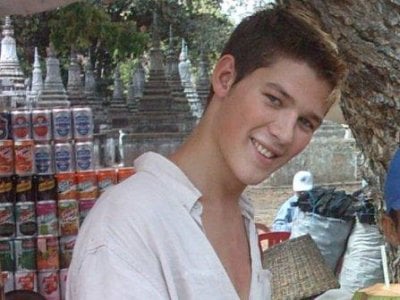 PHUKET: The British Foreign and Commonwealth Office (FCO) has appealed for anyone who has seen Eddie Gibson, a young British national, to get in touch.

Mr Gibson has not had any contact with his family since October 24, when he emailed his mother to say he was planning to return to Britain from Cambodia on a flight due to leave Bangkok on November 1.

“The family have travelled several times to Cambodia [to look for him],” said a spokesman for the FCO yesterday. “The prognosis is not looking too good. There is a distinct possibility that he has been murdered and may never be found.

“However, there also remains a possibility that he has had a change of heart, for whatever reason, and has decided not to return home. We know that he [withdrew] £3,000 [about 200,000 baht] from [a] bank before he left the UK.”

Thai Immigration records do not show Mr Gibson as having re-entered Thailand but, the FCO spokesman noted, “He could still [have] made his way across the border quite easily. I realise Thailand is a big place, but we can but try.”