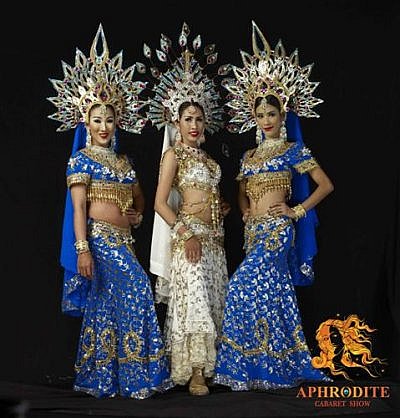 PHUKET: The Aphrodite Cabaret Show will hold its soft opening tonight with a special private performance for the media, government officials and other selected guests.

Aphrodite General Manager Siri Deejingtrakool told the Phuket Gazette, “The soft opening will be held tonight, but we have not decided on a date for the grand opening yet. But after tonight we will open for ticket reservations.”

Billed as the “largest ladyboy extravaganza on earth”, the show features 80 transgender performers in a 938-seat theater.

Once in full operation, three shows will be held daily at 6pm, 7:45pm and 9:30pm. Each show will comprise 16 segments, he said.

Asked if Aphrodite had lured away showgirls from the Simon Cabaret in Patong, Mr Siree said they had not.

“All of our showgirls are from Phuket, Bangkok and Pattaya,” he said.

The Aphrodite venue originally opened in November 2008 as the Phuket Brewery, opposite the Tesco-Lotus mall on the bypass road in Rassada.

After that failed, it reopened again as the Sangjan nightclub in January 2010, offering live music by nationally popular artists.