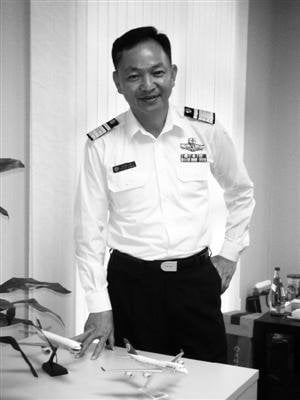 PHUKET: The director of Phuket International Airport (PIA) has defended concession fees charged to taxi and limousine operators by Airports of Thailand Plc (AoT), pointing out that the airport is expensive to run and that, as a public company, AoT must make a profit.

“I want to explain that everyone involved in business needs to make a profit. Based on the profits the taxi companies make, I think our concession fees are fair,” PIA Director Prateung Sornkham told the Gazette recently.

Two rival concessionaires are allowed to operate limousines and vans from booths inside the arrivals area.

AoT has come under fire in recent months from Phuket Governor Wichai Phraisa-ngop and many other high-level civil servants, politicians and trade groups for the concession fees, which many view as excessive.

Airport taxis must pass the concession fees on to tourists in the form of higher fares, which drive up public transport charges across the board, critics say.

But Mr Prateung thinks the fees are reasonable given operating costs and other factors.

“I would like people to be more open-minded and try to understand our point of view. The fact is that we only get 700 baht per passenger in airport taxes. Think about how much they will spend on taxis, hotels, restaurants and elsewhere in Phuket. It is not only the AoT that benefits from tourism, but everyone in Phuket,” he said.

“There are only a few airports in the world that are as close to the ocean as Phuket International. This makes maintenance of our buildings and equipment more difficult because of damage from sea salt. We have to repair and replace things more often than other airports, which makes maintenance costs quite high.”

“For example, each runway light costs 40,000 baht. Think about how many of those we have on one runway. At an airport further from the sea, these bulbs can last for over 10 years, but here we have to replace them every few years. And that’s only the light bulbs.”

Mr Prateung admitted that as a company majority-owned by the state, AoT was not able to respond to market demands as quickly as private sector firms.

“AoT works according to government procedures, which means that every single budget request we make needs to be approved [by the Finance Ministry]. This can take quite a long time, and most of the time the response is not as fast as we would like,” he said.

“Aside from Suvarnabhumi Airport in Bangkok, Phuket International Airport is able to handle the largest number of passengers in Thailand with about 25,000 passengers a day and 6.5 million annually. We can handle these numbers now, but our forecasting predicts more and more passengers each year.”

“We now have a 5.7-billion-baht budget for our expansion plan. The project is in the design stage and construction is set to begin this year. We hope to have everything finished by 2013,” he said.

“The plan is to make the current airport building our domestic terminal and to build an international terminal with a corridor linking the two. We will construct six more gates, giving us a total of 21, meaning we will be able to handle 21 flights an hour. We’re also going to build a five-story parking garage to hold 1,000 vehicles. Right now we can only accommodate 300,” he said.

“Once everything is finished, the new airport will be able to handle up to 12.5 million passengers a year. That’s almost twice the capacity we have now,” he said.

“We do sometimes receive complaints about our airport, but that is normal because nothing in the world is perfect and we accept that. We listen to every concern so that we can make plans to improve. Most people understand and support AoT, especially Phuket businesses and locals, and I really appreciate that,” he said.

“I want people to think of the airport as belonging to everyone and to help each other take care of it because it is good for Phuket. As long as tourists are coming, we can all benefit,” he said.

Will THAI Airways become a pariah in Phuket?